So, after long last, the second playable demo of Nax of the Universe is available.

There are two levels in the game, the Moon Facility, which is a new environment, filled with slime enemies. And it also serves as a tutorial, teaching you the basics of the game. 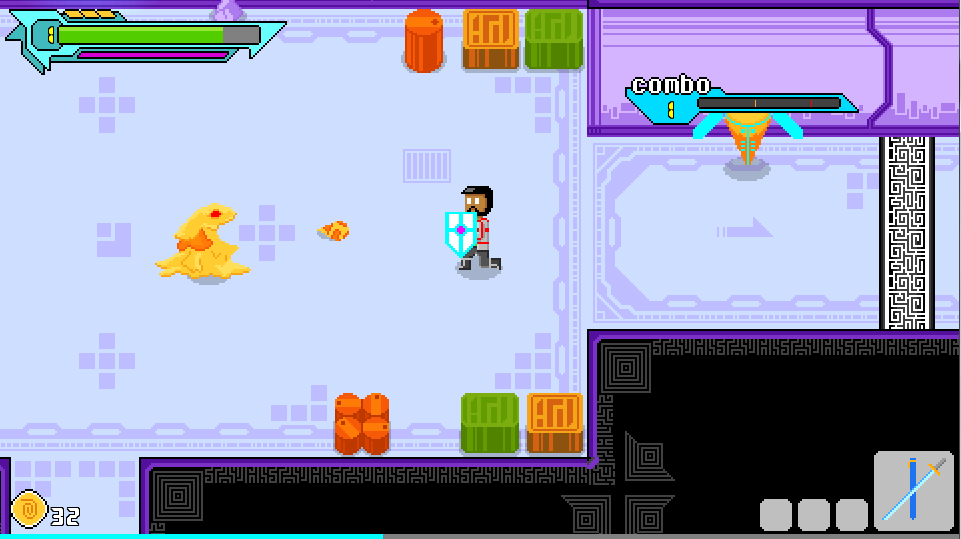 The second level is the Ember Forest, which was in the first alpha. Except now it's been massively expanded. Featuring 5 enemy types. It's a somewhat challenging level to the novice so buying health upgrades is recommended.


In addition to that, the store system is implemented, it allows you to upgrade Nax's abilities, which include upgrading health, weapons, snatcher, item slots and coin pulling ability.

There is a new Hub menu from which you can select a level to play, view Nax's stats, customize via shop, change options and more.

The Save/Load system has been revamped, so saving will save all your stats, but not your position in the level. you'll be kicked back to the Hub menu when you load game. This was done for balance reasons, to stop people from abusing the chests which gives random items.

Another new addition is the Options menu. Which includes a variety of options, from zoom settings, to the often requested, button remapping. The sound options in the menu don't work yet, because I've yet to actively work on the sound.

I've also added an option called "Unlock Movelist" which will instantly unlock Nax's entire moveset without having to upgrade, so people can get a feel of what a full powered Nax is like. You can reset it to normal by turning the option off, saving and quitting the game.

Anyway, the new demo is a lot longer than the first, and hopefully less buggy. It's still an alpha, as such a lot of the effects are placeholder until I have time to improve them (namely stuff like barriers)

At long last, the coin store has been implemented. Well, not all of it, but the important part.

You can now spend your coins on upgrading Nax. There are a variety of things you can upgrade.
Health and Mana will increase Nax's max HP/MP, which is handy if you're having trouble. MP doesn't actually do anything yet, but a magic system will soon be implemented which will expand combat options at the cost of MP. 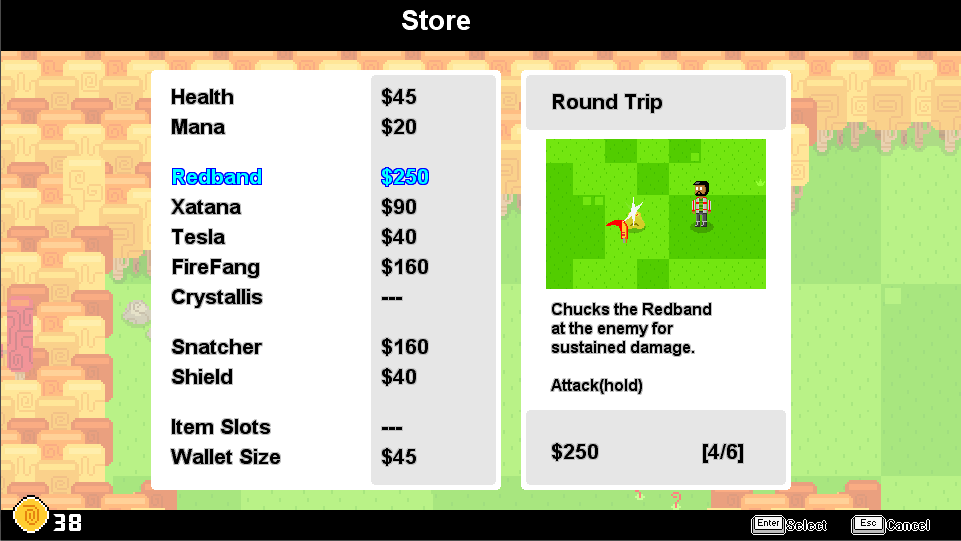 You can also upgrade weapons. Upgrading weapons grants new attacks. In the first demo, all the attacks were unlocked, but now you'll have to buy them. Each weapon will come with the main combo, air attack and the back attack (lock+back+attack) unlocked from the get go. While the rest of the attacks can be unlocked. This includes the forward attack (lock+forward+attack) and the super attack (block+attack). Each super attack will have three levels of upgrades. Here's the upgrade tiers of the Redband and Tesla Whip weapons.


There are other things that can be upgraded, like item slots and wallet limit. The snatcher's range also increases as you upgrade it.

This store gives a nice sense of progression and also makes the game easier to get to grips with, as you aren't overloaded with potential attacks.
Posted by raonak at 16:50 1 comment: